When viewing the night sky, most of us feel an intimate connection to the universe. Yet starry skies and moonlit nights have become increasingly rare for city-dwellers today. Given the harm that too much light at night is inflicting on human beings and ecosystems, it is time to reconsider our relationship to the ‘nocturnal side’ of our lives and our culture.

By Paul Bogard, a writer and assistant professor of English at James Madison University in Harrisonburg, Virginia, USA

“If the stars should appear one night in a thousand years, how would men believe and adore; and preserve for many generations the remembrance of the city of God which had been shown!” − Ralph Waldo Emerson (1836)

The sight is almost impossible now for most of us to imagine: the natural lights of the night sky spread shimmering above, the low pulse of a reddish moon setting in the west, stars from one horizon to the other dancing white with shades of orange and blue, and green and gold. It is a sight that for all of human history has inspired painters, writers, musicians, poets, storytellers, philosophers, scientists and dreamers. It is a sight that has forever helped define what it means to be human. And it is a sight that, thanks to light pollution (our overuse and misuse of artificial light at night), we have largely lost.

I have been lucky. I grew up in Minnesota, and my family has a cabin near a lake in the northern part of the state. All my life, for days or weeks at a time, I have visited this cabin and known real, natural night. I mean  without artificial lights everywhere cutting off our view of the heavens. I mean the Milky Way stretching overhead, the Aurora Borealis (Northern Lights) flashing its curtains and capes along the northern horizon, shooting stars scratching straight lines across the sky, and moonlight so bright it’s possible to read.

In researching my book, The End of the Night, I travelled to places such as the Sahara Desert in Morocco and Death Valley in California, to witness night skies so plush they seemed almost unreal. I am convinced that the natural lights of a starry sky and moonlight remain vitally important to our modern culture. With its ability to awe and amaze, to draw out our instincts to imagine and contemplate, the night with its natural lights is like a faithful friend, always there, awaiting our return, its power to shape our dreams and beliefs and myths as strong as ever − if only we would remember." 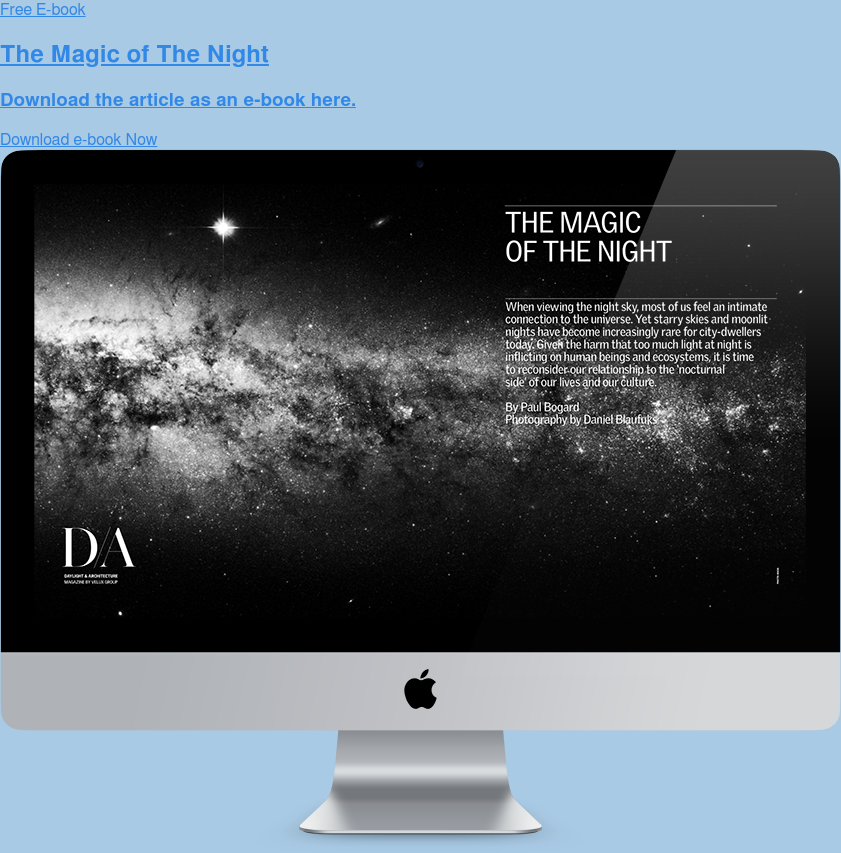 An ever brighter planet

Of course, we live in a time so different from Emerson’s. Because of artificial light, we no longer know natural night. Satellite views of Earth after dark show vast areas of North America, Europe, the Middle East and Asia saturated with electric light. As cities and towns grow ever brighter, even rural areas have lost much of their natural night. Sadly, almost nowhere in our world is getting darker, and almost everywhere else is growing brighter. We have taken what was once one of the most common of human experiences − walking outside and coming face to face with the universe − and made it one of the .

But we are foolish if we think that light pollution is only a problem for people who love the stars. For example, experts estimate that more than $100 billion (US) is wasted worldwide each year on light pollution. Human physical health is endangered, as are the ecosystems on which we rely. Perhaps most surprising, our heavy use of artificial light actually reduces our safety and security.

The good news? Through our lighting designs and the designs of our buildings, the magic of the night can be returned. We can enjoy the benefits of artificial light without sacrificing the natural light that has long been half our lives. Watch the video to learn more about why we need both natural light and darkness at night for greater health:

Light at night – a threat to human health?

When it comes to light at night, we live in a dynamic age. More and more cities are replacing their electric lighting with LEDs (light emitting diodes). But in the long run, these new lights may actually make things worse because they contain high levels of what is called “blue-rich white light. ” This is the worst kind of light for humans and other creatures to be exposed to at night, as blue wavelengths tell our bodies to ‘wake up,’ and confuse our circadian rhythm, the 24-hour internal rhythm that orchestrates our body’s physical health. A good analogy is to think of our body as an orchestra with each of our organs a musical instrument and our circadian rhythm the conductor. If the conductor is confused, the whole orchestra will be affected.

Second, exposure to artificial light at night contributes to sleep disorders. In the 21st century, more and more people, especially those living in cities, are reporting problems with getting enough sleep or enough good sleep. This lack of sleep is contributing to making many of us sick. Sleep researchers see a strong relationship between ‘long light’ − the increased amount of artificial light in our lives − and ‘short sleep,’ the reduced amount and quality of sleep. Researchers have linked a lack of sleep with an increased risk  obesity, diabetes and depression.

Light pollution is also harming our environment. Some 30 per cent of vertebrate  and more than 60 per cent of invertebrates are nocturnal and many more are crepuscular (active at dusk and dawn). All are threatened by our increasing use of light at night. As an Italian scientist told me, “We have levels of light hundreds of times higher than the natural level during the night. What would happen if we modified the day and lowered the light a hundred times?” His point is that “you cannot modify light half the time without consequences.”

A few examples of these consequences include impacts to birds, sea turtles and insects. Most birds actually migrate at night, and light pollution confuses them and draws them into danger. Birds collide with lights, circle lights until they die of exhaustion, or are drawn into cities and collide with buildings. Similarly, sea turtles have evolved over hundreds of millions of years to hatch on beaches at night and to crawl toward the brightest light on the horizon.

For hundreds of millions of years, the brightest lights were the natural lights of the moon and stars over the ocean, but now the brightest lights are often the hotels and streetlights—and so the baby turtles crawl away from the ocean and to their death. Finally, lights draw insects to their deaths in huge numbers. A new light set in a previously dark area draws insects toward it, and in so doing eliminates them from the ecosystem. Because so many other species rely on insects as food, when the insects die the entire food chain is harmed. We are only beginning to understand how damaging light pollution is for the environment, but one thing is for certain: life on earth evolved with bright days and dark nights, and every living thing needs darkness for optimal health.

Why brighter is not always better

But don’t we need all this light for safety and security? In fact, while some light can help us be safer and more secure, more light does not automatically mean more safety. Unfortunately, we think it does; so we use unnecessary amounts of light at night, and we use light in ways that actually make us less safe and secure.

It’s important to understand that light is not the problem – it’s how we use it that’s the problem. Think, for example, of the way bright lights make it harder for our eyes to see at night. This can often happen when we are driving, which can increase the danger of an accident. Also, bright lights cast shadows where criminals can hide − they can see us as we walk down the street but we can’t see them in the shadows. And finally, bright light creates the illusion of safety, so that we think we are safe when actually we might not be.

No one is saying we should not have artificial light at night. But too often our use of light at night is irresponsible and wasteful. What we really need is thoughtful and intelligent lighting that helps us to see at night, rather than simply blasting light everywhere. 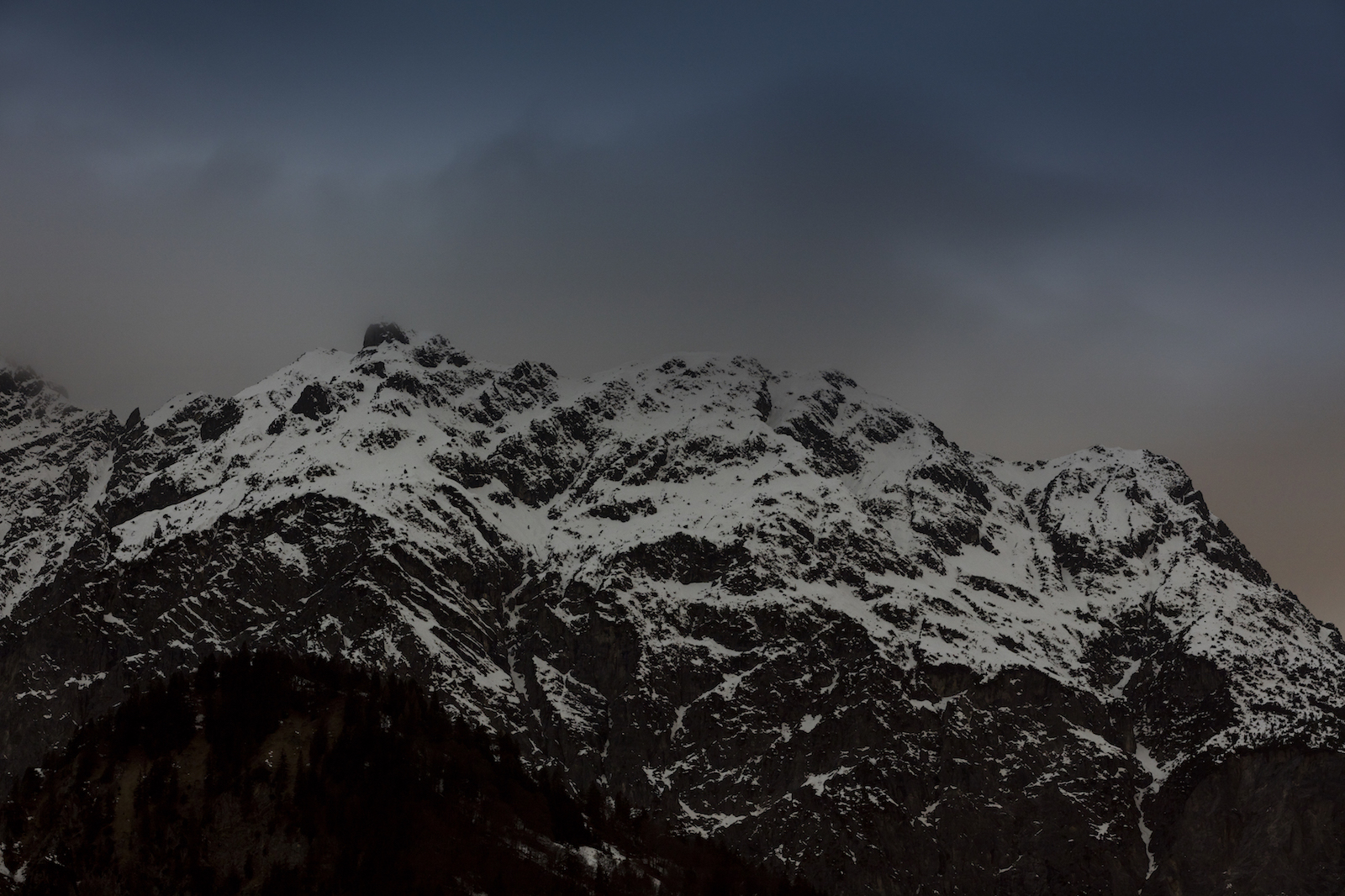 Preserving the night: a strategy

The good news is that light pollution is readily within our ability to control.

All of these actions first require  that light pollution is a problem. Twenty years ago, most people had never heard of this concept, but that is rapidly changing. In a time of tight budgets and increasing concern over climate disruption, addressing light pollution is a relatively easy way of saving money and reducing our carbon footprint. Cities and villages in Europe and the US are leading the way in reducing their use of light. Even at the national  there is action, as France instituted country-wide lighting regulations in 2012 to cut carbon emissions, save money, and preserve the nocturnal atmosphere.

Organisations like the International Dark-Sky Association are dedicated to raising awareness of light pollution worldwide. In short, there are so many reasons to control light pollution and virtually no reasons to let it grow. We can use artificial light responsibly and thoughtfully while respecting the natural lights of the night.

Towards a new culture of lighting design

Too often, we in cities forget that night is half our life, half the day, half the world. I believe that we all share an instinctual love for the beauty of the earth, but because we have become so cut off from nature, we are not as concerned as we might be about what is happening. We are so cut off from natural darkness, for example, that we do not realise what we are losing as we flood our nights with artificial electric light.

Light at night has always been incredibly symbolic to human culture. A light in the distance can mean welcome and warmth, home and hearth. The natural lights above can mean inspiration and beauty. But in a world awash in too much artificial light, the main message we send is that we are wasteful and unthinking. Light pollution reflects a culture that cares little for the magic of the night − or, in general, for our use of the earth’s limited resources.

On the other hand, building and lighting designs that welcome the natural lights of the night, that keep artificial light to a minimum, that  thoughtfully and intelligently lit, reflect a culture that recognises that the world’s resources need conserving. When we light our nights with thought and care, we enhance the beauty of the cities and towns in which we live, and we make it possible for the magic of the night to reappear.

Are there existing daylight design standards? When does EN 17037 come into force?

END_OF_DOCUMENT_TOKEN_TO_BE_REPLACED

Architecture for well-being and health

END_OF_DOCUMENT_TOKEN_TO_BE_REPLACED

Why is natural light so important in school design?

We all know that the best antidote to the ‘winter blues’ is a break in a warmer, sunnier climate,...